DE Engineers, the largest manufacturer of grain seed cleaners in Australia, and one of the largest grain silo and field-bin manufacturers in the State, has purchased two lots at Avon Industrial Park with a combined area of 5.4 hectares.

According to DE Engineers’ owner Kevin Prater, Avon Industrial Park offers the room to be able to expand their business and provide good sales and dispatch space for the silos and other stock before they head to customers.

“We are in the next phase of our expansion and hope to double our production capacity by shifting the manufacturing of our silos and field bins to the Avon Industrial Park,” Mr Prater said.

“This will allow us to use our existing Bellevue manufacturing base to focus on manufacturing seed cleaners, though we hope to eventually move all our operations to our new home in Northam,” he said.

Avon Industrial Park offers a lot more than just space to DE Engineers according to Kevin Prater, it represents a significant change in their business capabilities and their way of interacting with their customers.

“We will build a 3,000 square metre factory and install the latest in computerised cutting and rolling equipment which will allow us to meet exacting Australian Standards for our production,” Mr Prater said.

“Our customers can take comfort that our products will be of the highest quality and meet the tough conditions found in farm operations,” he said.

DE Engineers is one of the largest users of Towed Agricultural Implement (TAI) permits in the State, but that is due to change when they relocate to the Avon Industrial Park according to Kevin Prater.

“Currently there are additional costs to our customers to meet the transport authority requirements when moving oversize loads through the Perth metropolitan area, costs our customers have to eventually bear, and these costs will now largely disappear,” Mr Prater said.

DE Engineers eventually hopes some customers will be able to use special trucks supplied by the company to self-deliver the silos and other products.

“Because of our space limitations at our Bellevue site, we have been unable to pre-fabricate and store the silos to allow customers to collect them when they want, but this will change with the move to the Avon Industrial Park,” Mr Prater said.

Chairman of the Avon Industrial Park Advisory Board Paul Tomlinson was very pleased to welcome DE Engineers to the park.

“DE Engineers in many ways demonstrates one of the fundamental reasons why the AIP was conceived, it is an established metropolitan based business which has recognised the economics of relocating to the Avon Industrial Park,” Mr Tomlinson said.

“Its customers will benefit from reduced costs and greater accessibility, while the company will enjoy the options delivered through the extra space they will occupy compared to where they are now,” he said

“We can expect a number of their 40 employees will wish to relocate to the area and enjoy rural  based life-styles, adding further to the economic base of the region,” Mr Tomlinson said.

The Avon Industrial Park is located next to Great Eastern Highway and the trans-Australia rail line, and is about 90 minutes drive from Perth and 18km east of the Northam townsite.

The 467ha park is a joint venture between DevelopmentWA and the Avon Community Development Foundation. Other stakeholders include the Wheatbelt Development Commission, Avon Industrial Park Advisory Board, and the local community.

The recent sale of two lots in Northam’s Avon Industrial Park has highlighted how well the location is meeting the needs of businesses, particularly those wanting to relocate from the metropolitan area, according to DevelopmentWA Business Manager Industrial, John Hackett.

“DevelopmentWA, in conjunction with its partner the Avon Community Development Foundation, is delivering land at the right price and in the right location, close to Perth, and serviced by the main east-west national highway and the Trans-Australia rail line,” Mr Hackett said.

“Demand for land at Avon Industrial Park has been high, with Stage 1 already sold out and now in Stage 2 we have six lots contracted with two already settled,” he said. 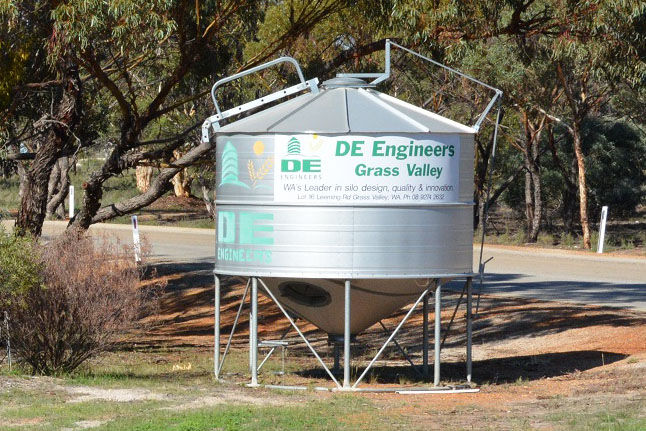