The first of the massive rocks that will create the new breakwaters at Ocean Reef Marina have today been lowered into place, marking a significant milestone in the construction of this world-class coastal destination.

Construction will be carried out by two Western Australian businesses - WA Limestone and Italia Stone Group and is slated for completion between mid to late 2022.

During construction, a monitored 50-metre exclusion zone will be in place around the breakwaters to ensure the safety of the local boating community.

The two-kilometre-long breakwaters, each rising up to 18.5 metres from the ocean floor, will protect boats and users within the marina. The breakwaters will have a limestone core and be surrounded by granite to provide protection from the elements.

The limestone will be sourced from DevelopmentWA's Neerabup quarry, while the granite will predominately be sourced from WA company WA Bluemetal's Byford Quarry. Some granite and limestone from the existing breakwaters will also be reused.

Ocean Reef Marina is a State Government project being delivered by DevelopmentWA, in collaboration with the City of Joondalup. 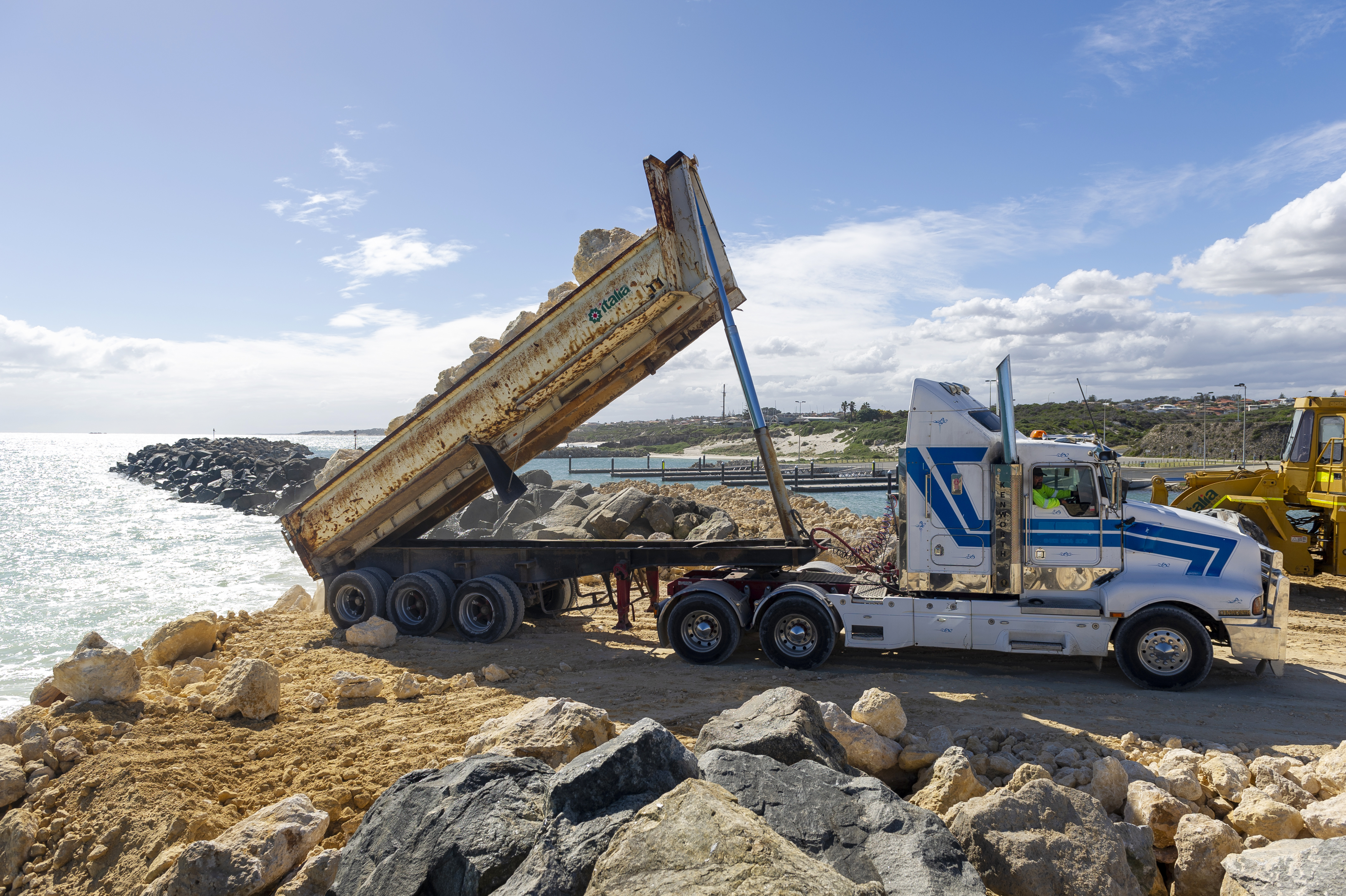