The McGowan Government's pilot Roads to Reuse project, which uses recycled construction and demolition (C&D) material as road base, has been a resounding success and will now be expanded to use construction material from the former Princess Margaret Hospital site.

The Roads to Reuse pilot used more than 25,000 tonnes of recycled C&D material as part of the Kwinana Freeway Northbound Widening Project from Russell Road to Roe Highway.

A further 7,000 tonnes of material was used in the Murdoch Drive Connection project.

A new report found the project demonstrated a range of economic and environmental benefits:

The program will now be expanded to include the use of demolition and construction material from the former Princess Margaret Hospital site.

Six buildings have now been demolished on the site with six to go. It is estimated more than 80,000 tonnes of non-hazardous material will be recycled from the demolition site - this is equivalent in size to two Subiaco Ovals.

The road base used in the pilot project was re-purposed material from the demolition of the iconic Subiaco Oval grandstands.

As part of the expansion of the program, the State Government will roll out additional actions to help avoid waste and meet recovery targets.

For example, DevelopmentWA has committed to ensuring all projects with demolition works over $1 million and development projects over $5 million will be required to produce a waste management plan targeting a minimum 75 per cent waste avoidance and resource recovery.

The findings of the Roads to Reuse pilot are available on the Waste Authority website. 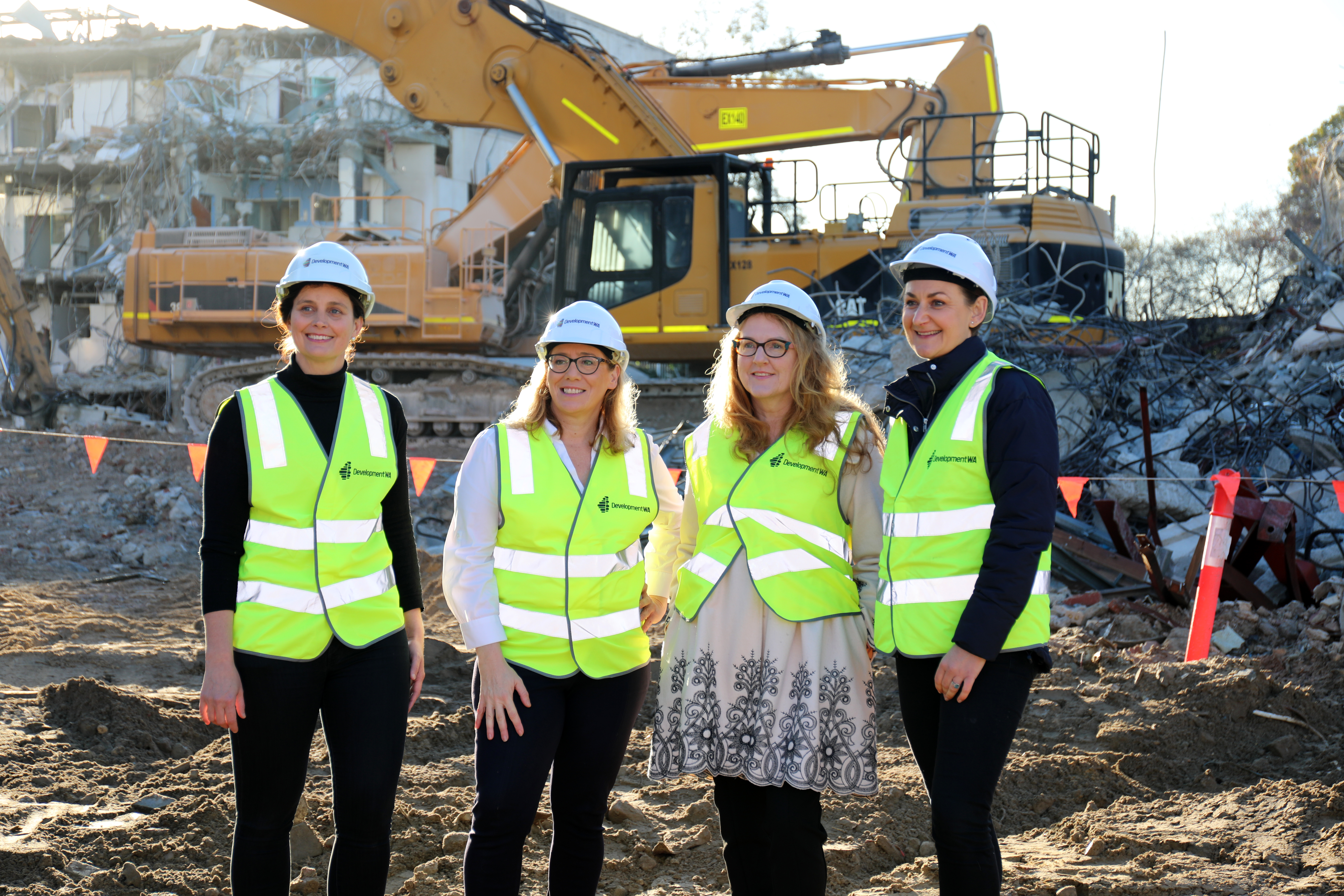