Latitude 32’s proximity to existing and planned major infrastructure, including the proposed Westport, intermodal freight terminal and the planned regional road network ensures it is designed to meet demand for industrial land in the Perth metropolitan area over the short and long-term.

Covering more than 1,400 hectares, Latitude 32 is one of the largest industrial zones in Australia. It is made up of six distinct development areas, each at different stages of development. There are two areas currently within the subdivision and development stage; The Flinders Precinct which is now completely sold and Orion Industrial with lots available via pre-sale.

The State Government's vision for Latitude 32 is to provide a flexible and adaptable industrial area that supports economic and employment growth in the vital Western Trade Coast region. To be developed over 30 years, Latitude 32, is driven by market demand and is a driving force for the Western Australian economy. Part of both the City of Cockburn and the City of Kwinana, At its completion, Latitude 32 is anticipated to have created up to 10,000 jobs and be home to hundreds of businesses.

In addition to Latitude 32, there are three primary estates within the Western Trade Coast:

Latitude 32 has been planned to complement these estates by supplying general and transport industrial land to support the neighbouring strategic, heavy and special industrial projects. Latitude 32 benefits from access to road, rail and sea transport networks, including the following existing infrastructure:

It is also ideally located to benefit from significant proposed infrastructure investments including: 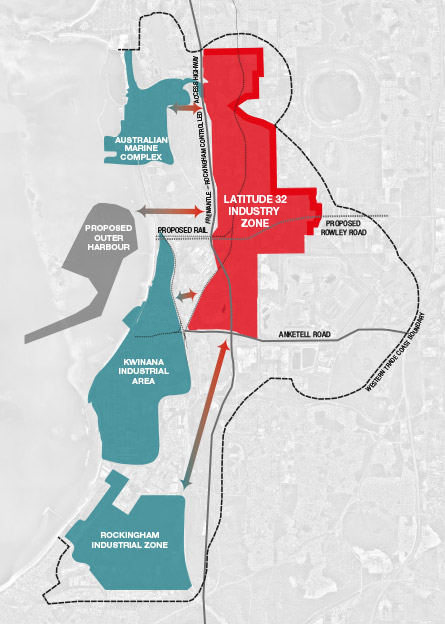 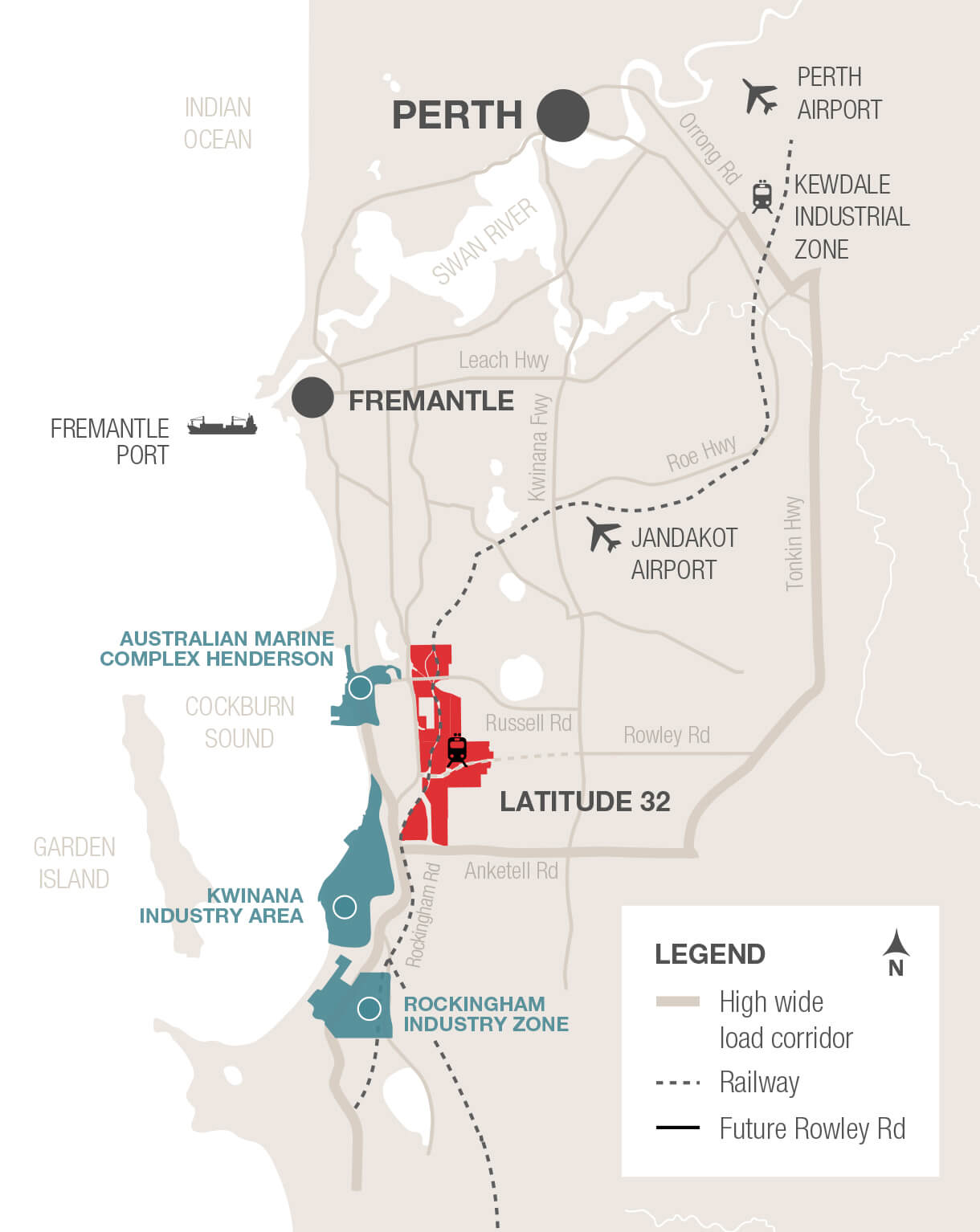 The History of Latitude 32

The Hope Valley-Wattleup Redevelopment Project was an outcome of the recommendations of the Fremantle-Rockingham Industrial Area Regional Strategy (FRIARS) which was prepared by the Western Australian Planning Commission (WAPC) in the late 1990s, and was premised on the need to protect and optimise the Kwinana Industrial Area.

The three key objectives of FRIARS were to:

The Hope Valley-Wattleup Redevelopment Act (the Act) was enacted in 2000 and provides for the development and redevelopment of land within Latitude 32, and conferred planning, development control and other functions to the WAPC.

The Act established the Authority (DevelopmentWA) with the functions to plan, undertake, promote and coordinate the development and redevelopment of land in the redevelopment area. The Act repealed the Metropolitan Regional Planning Scheme in addition to the planning schemes of the City of Cockburn and the City of Kwinana. The preparation of a Master Plan formed part of DevelopmentWA's initial responsibility - to provide the framework and guidelines for future development of the area.

The redevelopment project is now known as the Latitude 32 Industry Zone. DevelopmentWA is working with a number of project partners, landowners and developers to plan, promote, coordinate and implement the development of Latitude 32.

The first site developed in the 1400ha Latitude 32 Industry Zone, south of Perth.