Port Hedland is located 1,700 kilometres north of Perth. Its port is a vital connection between some of the world's largest iron ore deposits and Australia's major export markets. Accordingly, the town's identity is strongly linked to the iron ore which is processed and exported from there. This is evident in the tradition of the annual Black Rock Stakes which started in 1971. Men, women and children push a wheelbarrow full of iron ore from Goldsworthy to Port Hedland to raise money for charity. The event has raised more than $1 million.

Port Hedland was gazetted in 1896 and, because of its natural deep harbour, became a supply centre for the surrounding pastoral and short-lived pearling activities. In the 1960s, the harbour was dredged to enable the huge iron ore export ships to enter. Today, the port is the largest (by tonnage) in Australia.

With the discovery of iron ore deposits, railways were constructed between the port and iron ore mines at Newman and Goldsworthy as well as housing and facilities for mine and port workers. By 1965, thousands of construction workers camped on Spinifex Hill, where the Cultural Centre now stands.To cope with the demand for accommodation, a satellite town named South Hedland was established 23 kilometres south of the port. South Hedland has its own town centre with a growing service and retail base.

Port Hedland and South Hedland are separated by large expanses of low lying tidal flats and mangroves, with the smaller residential area of Redbank and the industrial area of Wedgefield between the two hubs.

The port facilities are planned to double in size to cope with the increase in mining production. This will require significant additional residential accommodation. However, limited suitable land is available for development adjacent to Port Hedland because of the surrounding low lying tidal flats. Existing infrastructure requires significant upgrading or replacement if it is to cope with increased commercial, industrial and residential development.

The climate in Port and South Hedland is hot and humid, with several days over 45°C each year. Rainfall is low and erratic, primarily because of the tropical cyclones that affect the area between November and April. The land around Onslow is low-lying and susceptible to flooding during heavy storms and cyclones.

The Western Australian Government's Pilbara Cities Vision is to transform Port Hedland into a diverse, 21st century city with a permanent population of 50,000. Port Hedland has the opportunity to plan a sustainable and long term vision for its future. Strategies that acknowledge and consider Port Hedland's existing character and address the extreme conditions will ensure place and climate responsive development.

Click on the following links to read more about Port Hedland 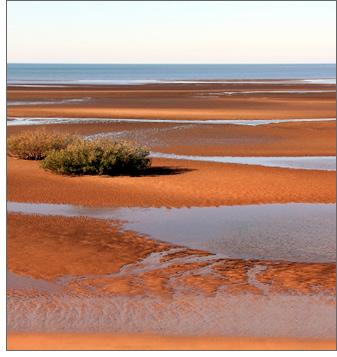