Karratha is located 1,522km north of Perth and is becoming known as the City of the North. Initially built to service and accommodate iron-ore miners after the tremendous growth of the iron-ore industry, Karratha has continued to grow over the years and is now often chosen as a destination to live.

With popular attractions including Deep Gorge and Hearson's Cove, these natural gems offer part of the country you usually only see in pictures, photos and paintings. And the economy is thriving - with iron-ore mining, sea-salt mining, ammonia export operations and the North West Shelf natural gas project offering lots of jobs to the people of Karratha.

Karratha is undergoing a radical transformation, evolving from a mining town with an estimated population of 18,000 into a significant regional city of 50,000 people.

A New Sense of Community

Karratha is a strong, family-orientated community with numerous planned improvements. City centre enhancements, upgrades to health, leisure and educational facilities, new transport and service infrastructure and the development of diverse housing options are just the beginning. 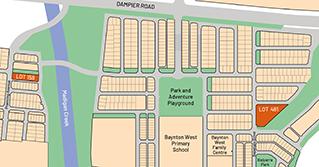 Alongside a host of local development opportunities, sites zoned 'City Centre' in the heart of the Karratha CBD will be available in 2021.

Conveniently located just 4km from the Karratha City Centre, the Tambrey Neighbourhood Centre is a large 9.6ha mixed-use undeveloped site situated within the suburb of Nickol. The proposed development of the Tambrey site as a new residential and shopping precinct will complement the services and infrastructure provided by the Karratha town centre. Click here for the latest land availability.

Large lot sizes cater for industries requiring extra space for manufacturing, assembly, lay down or storage use. Roads to the estate can easily accommodate B-triple road trains and the fully serviced lots, with high speed broadband access, give you technology to delivery.

Set in the popular suburb of Baynton, Madigan at Baynton West is a great family community just minutes from the city centre, cafes, restaurants and shops.

The Quarter precinct will become home to a new hotel which is anticipated to start development later this year.

The site is ideally located with frontage to the City’s main street, Sharpe Avenue, the Pelago development, main shopping centre and the new town-centre square. This development will deliver amenity and continue the benchmark in quality set by the surrounding buildings within The Quarter.

With the support of the State Government funding, DevelopmentWA has delivered 46 single bedroom units built specifically to accommodate the service workers of Karratha.

The estate provides an accommodation mix of one, two and three bedroom homes, providing subsidised rental accommodation to a restricted market.

The homes are architecturally designed and range from 7.0 to 8.5 in energy efficient stars, as assessed by the “Accurate” System.

Businesses along with their employees can apply for a place in Warambie Estate. A management committee evaluates the eligibility of applications. They will be responsible for allocating the properties based on the ranking an applicant receives using eligibility criteria.

For more information, please contact Erica Prestidge from Trend55 on 0401 942 474 or email This email address is being protected from spambots. You need JavaScript enabled to view it.

Other DevelopmentWA Projects in Karratha

Karratha, the heart of the Pilbara region is renowned for its multibillon dollar resource investments. The region accounts for 93per cent of WA's iron ore sales, and has been singled out as the future ‘Powerhouse of the Nation.’ Growth has been unprecedented - nearly 765,000 people passed through the Karratha Airport in 2014 compared to just 90,000 people in 2003.

Karratha’s vision is to become a liveable, compact regional city of 50,000+ people, with a diversified economy and a healthy local community which demonstrates demographic balance. A city that offers high quality amenity, and infrastructure. It is set to be a place of choice, to work, visit, grow up, raise families and age in comfort.

The Karratha City of the North Plan (KCN) provides the robust planning framework that aims to:
• Enhance the quality of life for existing residents and to attract and  retain future residents;
• Respond to the environment and achieve a sense of place;
• Achieve sustainable growth and development over the long term;
• Support economic activity and promote diversification;
• Deliver a vibrant and activated town centre; and
• Identify and establish a partnership approach to deliver the projects.

Residential land priced from $95,000 with homesites to suit all lifestyles.

Industrial land in one of WA's largest industrial estates.

Learn more about our vibrant, integrated and connected residential communities.