At a first glance, it might look like the Kimberley region is located in a remote part of Australia. The reality is that the region is ideally located within the most heavily populated and dynamic economic zones on the planet.

The Shire of Broome accommodates 47 per cent of the Kimberley’s population. With a permanent population of approximately 17,000, the town swells with tourists during the dry season, pushing the population to over 25,000.

As a regional centre, the town is economically diverse. At $1.269 billion, the Shire of Broome accounts for approximately 52 per cent of the Kimberley’s economy. The largest sector of the economy (in terms of GRP) is construction, followed by transport, tourism and retail activity.

A heliport opened at the Broome Airport in 2008, with hangars and a state-of-the-art Passenger Processing Facility to service the offshore oil and gas industry. By 2036, the Broome workforce is expected to grow to between 15,000 and 25,000 workers.

Broome has been very busy now that the Kimberley is open for WA tourists to visit. CoreLogic, who provides property intelligence, have stated that a shift has occurred towards people moving to the regions and away from the densely populated cities and COVID-19 hotspots. In addition, domestic tourism favourites like Broome are benefitting from the lack of access to international travel destinations such as Bali, Vietnam and Thailand.

Rental Market
As of September 2020 there has been a tightening of both rental listings and properties for sale. The vacancy factor in the Broome rental market dropped below 3% with continuing upward pressure on the Broome rental prices.

Sales Market
The number of established residential properties available for sale has been reducing due to the current shortening of days on market, as well as a slowing of new properties coming to market. The incidence of multiple offers on a property has now become commonplace.

Land sales across Western Australia have jumped due to the rebates and subsidies being provided by the Government, together with other stimuli such as reduced pricing in DevelopmentWA estates across the regions. 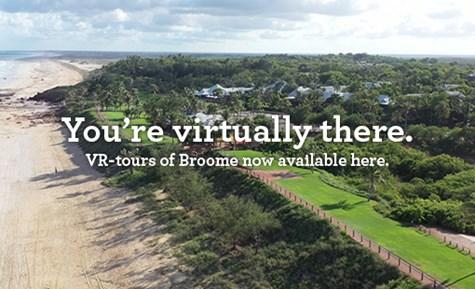