It demonstrates the very best in modern, sustainable design and has created a community where it is easy and affordable for people to live in a way that makes smart use of the earth's resources.

As one of DevelopmentWA's ‘Innovation through Demonstration’ projects, WGV is the focus of a four year 'living laboratory' research program with the Cooperative Research Centre for Low Carbon Living to monitor the performance of the homes located within the estate, particularly the Gen Y demonstration housing project, and to share its findings with the wider community and industry.

Located 3kms from the Fremantle city centre in the suburb of White Gum Valley, the new residential estate is sympathetic to the community and environmental aspirations of the surrounding suburb. The north boundary faces the Fremantle golf course and Royal Fremantle golf club and two recreational parks, Booyeembara Park and Valley Park, are located just short walks away.

The amenities and attractions offered in Fremantle can easily be reached using public transport. Within walking distance is the White Gum Valley Primary School with other educational establishments nearby including Fremantle College.

The site was previously home to the former Kim Beazley School, which closed in 2008. The Freo Mens Shed and Sullivan Hall bordering the estate to the west remain in place.

The next generation of living is here

WGV is well on its way to delivering more than 80 new homes and accommodating approximately 180 new residents through a range of housing options including apartments, maisonettes and 23 single residential homesites.

Opportunities to maximise views as well as accommodate climate responsive design to optimise energy savings have been built into the urban design. Throughout WGV vistas to green spaces, leafy avenues and community amenities have been integrated to optimise the liveability of the estate.

The design of buildings contributes to the activation of the streets, public spaces, and laneways. This has helped WGV to address the principles of One Planet Living and promotes a people friendly environment for all. 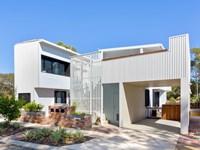 The project challenged young West Australian architects to investigate the specific living requirements of 'Gen Y' and submit a concept design for a flexible, cost effective and sustainable dwelling.

The winning design features three separately titled one bedroom, one bathroom homes with outdoor living space on a 250sqm block. All 3 homes have now been sold.

To learn more about the history of the Gen Y Demonstration Homes project click here.

WGV was also awarded the Judges' Award at the UDIA Awards for Excellence 2016.

At the 2016 Australian Urban Design Award WGV was awarded the Australia Award for Urban Design, Policies, Programs and Concepts - Small Scale. This was a joint submission with Coda Studio, Urbis, Josh Byrne & Associates and DevelopmentWA.

WGV was a finalist in the 2016 Banksia Sustainability Awards.

A medium density community that blurs the lines between streets and open space.

Learn more about our vibrant, integrated and connected residential communities.